So, I figured it was about time my IBM 360 console panel got itself attached to a cabinet again. Obtaining a real IBM 360 cabinet is out of the question, of course - as far as I know, the only remaining 360 model 65 is at the Smithsonian - but since my recent Sun haul, I have a spare SunFire 6800 cabinet. Since I doubt I'll ever need to replace the cabinet on my 6800, I decided to repurpose the Sun cabinet. So, I gave it a black plywood front, widened it a bit, spray-painted the sides in a nice IBM mainframe red (judging from photos, RAL 3024 comes pretty close), and attached the panel to it. Inside the cabinet goes the PC with the FPGA card that emulates the 2065 CPU. On the PC runs a modified version of the Hercules emulator to provide IO capabilities to the mainframe emulator on the FPGA. 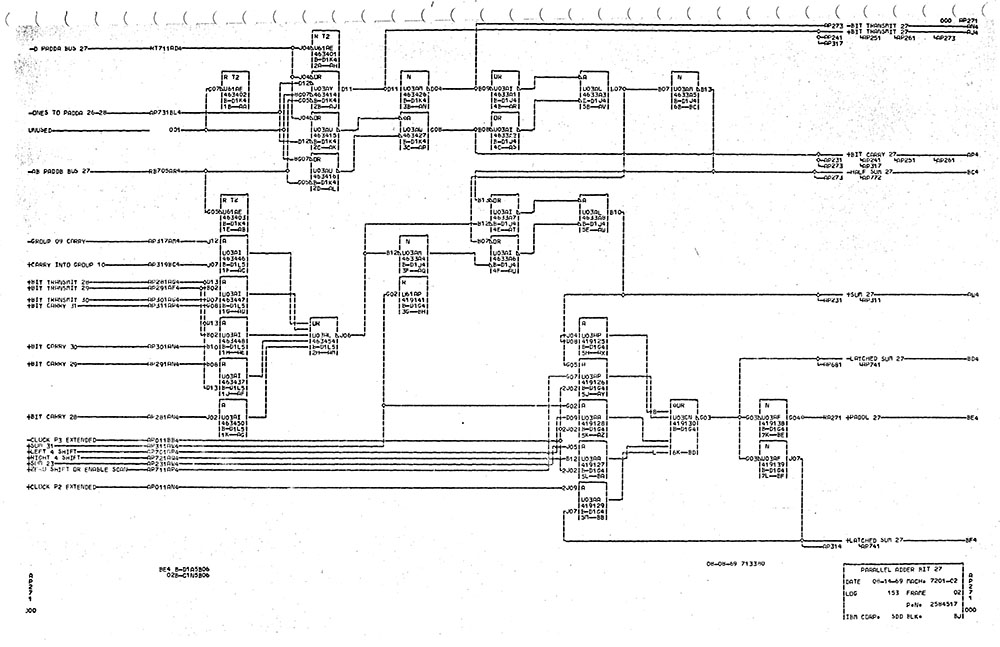 This file pcie360_0_1_20120413.zip contains the VHDL code for the FPGA implementation of the 2065 emulator (incomplete, but capable of some elementary operations from the console panel). Here's the description from the top-level file (pcie360.vhd):

This is the design for an FPGA implementation of an IBM 2065 CPU emulator. As I have insufficient documentation on the IBM 2065, and because I don't have a copy of the ROS contents of the 2065, this is really an IBM 7201-2 CE emulator with 7201-specific bits stripped out.

This design is intended to be implemented on the Xilinx ML509 / XUPV5 developer board.

(*) A Xilinx PCI Express Endpoint Core example design needs to be added for this design to work. I cannot include that here because of copyright restrictions.

All that remains now of this once great machine, which cost around 4 million dollars back in 1968 (equivalent of 27 million of today's dollars), is the operator's console panel.

These console panels were used to control and monitor different parts of (mainly) the CPU.

I'm connecting this console panel to a simulator of the Model 65 CPU. Progress on that project can be found here. Read about its acquisition here: IBM 360 Console Panel Arrived. 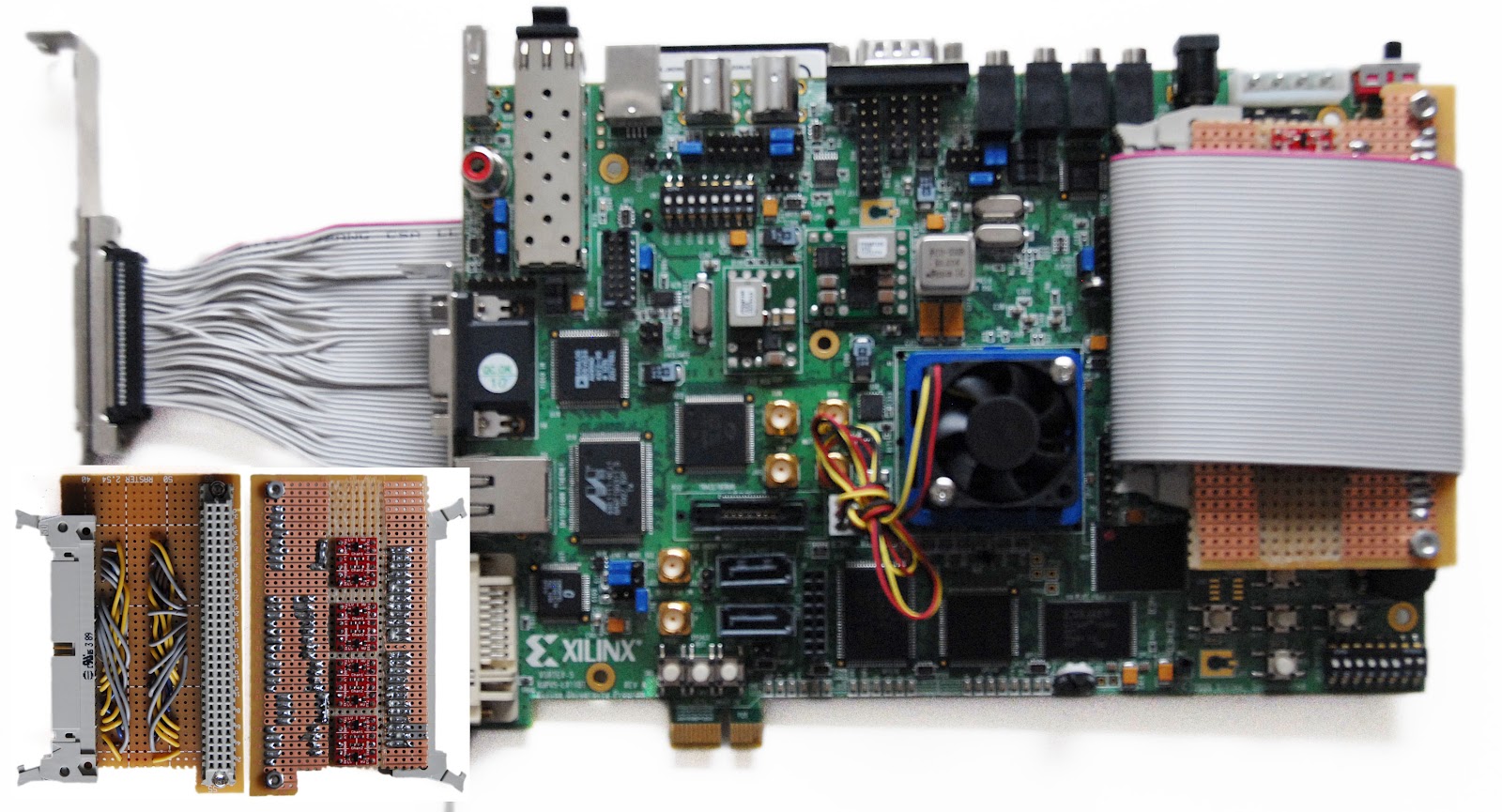 I realised that I'd need some extra hardware to connect the PCIe card to the console panel. The I/O pins on the Xilinx board operate at either 2.8 or 3.3 volts, and my console panel circuitry operates at 5 volts. So, what I need is some level shifters. I got four of these 4-way level shifters, and put them on a piece of veroboard with connectors for the Xilinx board and a 50-pin ribbon cable.

The 50-pin ribbon cable terminates in an HD50 connector (commonly used for narrow SCSI applications) on a PCI bracket. The panel has been fitted with the same connector, so a SCSI cable can be used as an interconnect between the PC and the panel.