Operation Blinkenlights revolves around an IBM 360 Model 65 console panel that I was given in 2011.

I intend to create an FPGA implementation of the IBM 360 model 65 CPU and connect it to the console panel and to a PC running a butchered modified version of the Hercules Emulator. Hercules will provide emulated I/O capabilities. This will make the console panel fully functional without the actual mainframe.

Eventually, the intent is that the PC and the FPGA card will fit inside the console panel's housing, creating a mainframe-in-the-box.

The original blog for Operation Blinkenlights (up until 2012) is at http://ibm360-console.blogspot.com/. It's contents have been copied here.

There is also a Wiki that details the 360/65's microarchitecture at http://ibm360-console.wikispaces.com/. 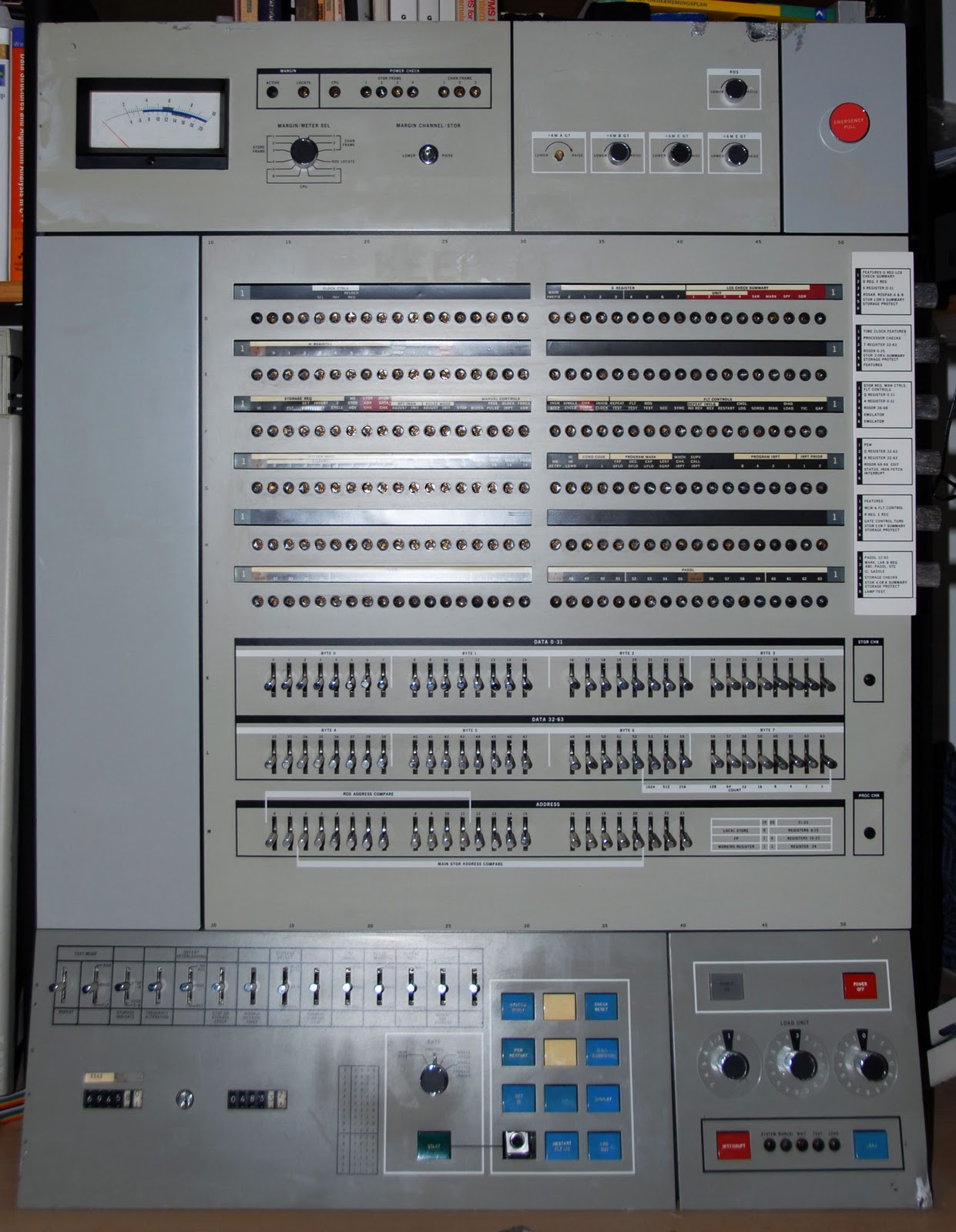