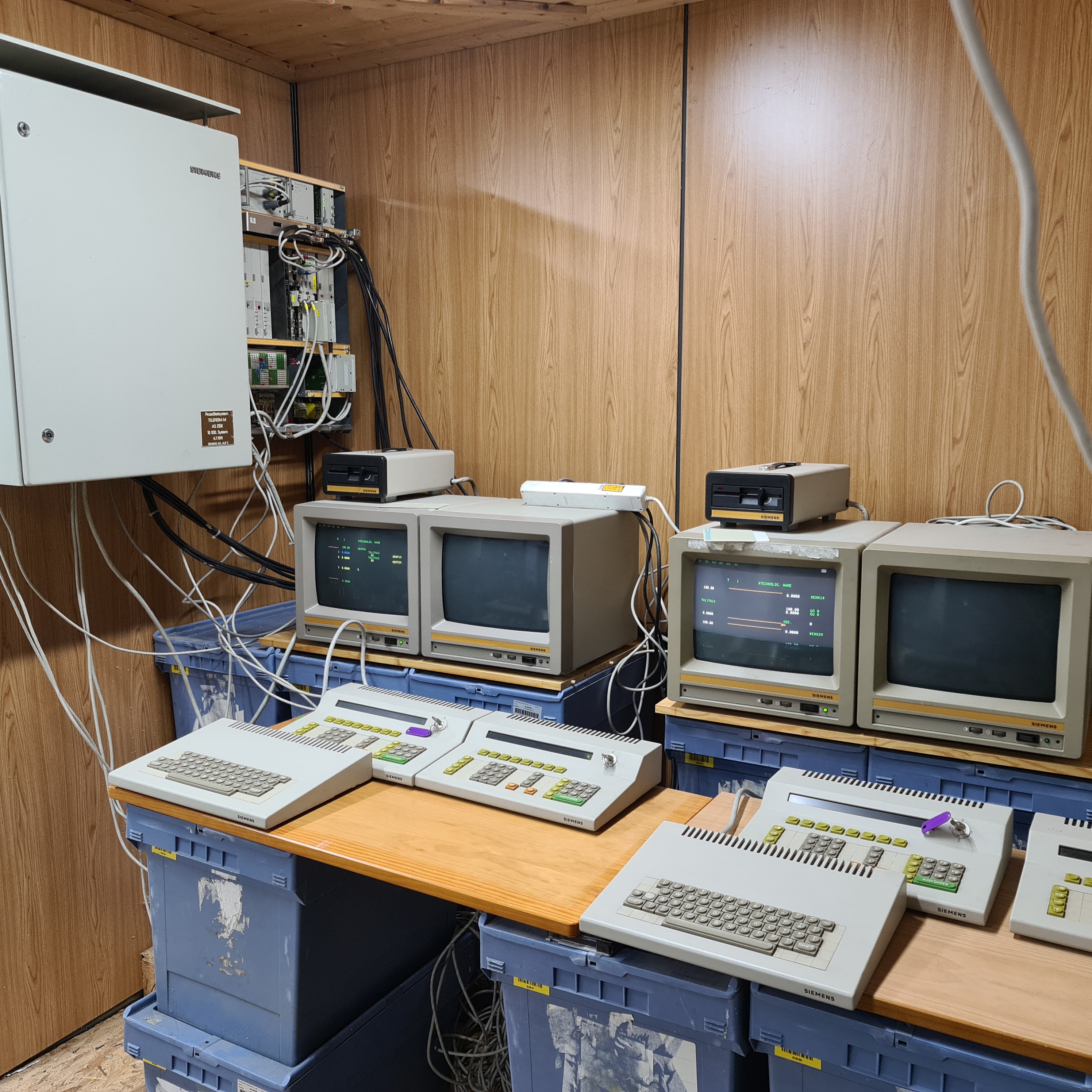 After production, in 1991, being the 10,000th system, it was donated to the Process Control Technology chair of the University, intended to be used in the process control lab. A similar lab, seen in the photos above, still exists today, consisting of a small "factory" in which colored water can be heated and pumped between vats, which can be connected to process control systems from different vendors.

So, after we managed to fit everything into our car, and drove home, we found out exactly what we brought home.

There are actually two Teleperm M AS235 K systems, one in a wall mount cabinet with a "10,000th system" commemorative plaque; keyboards and monitors for two operator stations for each system, one of which can also be used to configure the system (with an alphanumeric keyboard), a floppy drive for each system, an expansion chassis, cables, software, and manuals. We also got a nifty Foxboro (now Schneider Electric) calibration device which we're told was used to calibrate analog inputs and outputs of process control systems.

Since then, we've wall-mounted the systems and created a temporary setup for the operator stations, and we've started learning about these systems.