Over the past few weeks, I've decided that there are a two things I don't like about the current 2065 emulator. These are:

The idea is to have the 2065 CPU and memory, as well as the logic to control the console panel on the FPGA board. For now, I'm not going to implement channel I/O on the FPGA, in stead, the FPGA will be interfaced with a PC running a software emulator of the channel and other I/O hardware.

The interface between the FPGA and the sioftware I/O will need to be able to support the following actions: 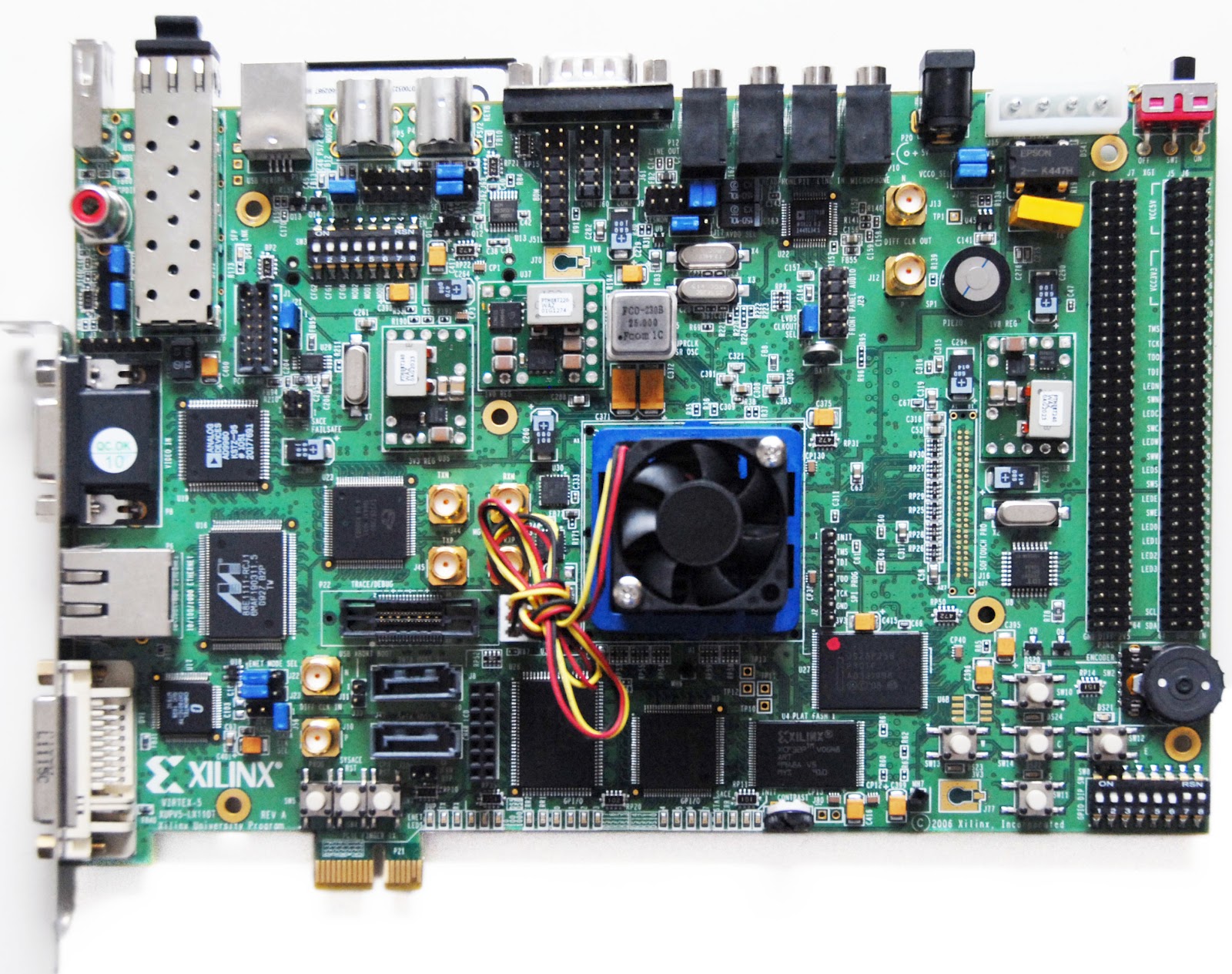 The interface needs to be reasonably fast and reliable. I found that FPGA development boards are available that fit into a PCIe slot. I've selected the Xilinx XUPV5 board pictured above for this project, as it has ample logic, a PCIe interface, and I/O pins that don't use exotic connectors.

Next thing to do is to build a small interface to connect the XUPV5 to the shift registers that drive the console panel.